Tom Ernst   (architect of the Ethicracy) 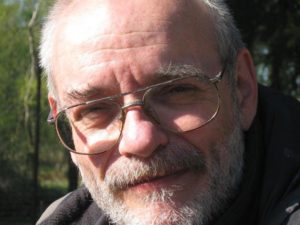 [for English use button at bottom of page please]

I have COPD in the incipient final stage and I expect a maximum of one more year to end my life.

I am Asperger's autist in almost exactly the same way as Greta, but type-wise/character/way-of-thinking also close to the autists Kant, Newton, Chomsky, Einstein, Turing, Darwin, Orwell, Böll and Hesse ... and with IQ ~140 I performed an interdisciplinary "Universal" studies lasting around 25 years, in the following fields of science [only mentioning what is relevant here]:

Since "Limits to Growth" from the Club of Rome, I have placed particular emphasis on all areas that have helped me to understand this world and its essence - and what is going wrong in it - for half a century now. The already then knowledge of the coming physical, ecological and human world climate catastrophe was the main reason for choosing my path.

My artistic activities I have limited to a few semesters of music academy as an organist.

From the outset, I waived "degrees" – they would have run counter to my claim to universal education – and I could afford to study and research like Darwin and the Humboldt brothers in personal union.

At the same time, I made my living and financed my studies as a self-employed system analyst and designer and software architect, with a few hours per week at up to 175 DM / € per hour, also for large corporations, often on an equal footing with board members - so I also know business life and its protagonists from within.

Unfortunately, I did not take out old-age insurance back then, the greatest stupidity of my life.

I was a founding member of the "Bunte Liste - Defend yourselves", the world's first "alternative" party, the first forerunner of the "Green" parties.

In addition, I have worked a lot - mostly free of charge - as a humanistic enlightener, awareness enhancer and ethics teacher (Kant-based) and in the psychotherapeutic environment.

My highest skill (relatively typical for autism, as with Greta) is pattern recognition, especially systemic.

I perceive the world as a multidimensional network of thousands of main force vectors, which together form the network of our existence, keeping it and it's net-knotties, the beings in swinging motion ... unfortunately not really communicable, but this expresses itself in every fiber of the Ethicracy.

In contrast to the common misconception about autistic people, I am particularly highly empathic ... cognitively controlled empathy, the following affective compassion and the intrinsic caring instinct are very pronounced inside me as a mammalian brain dominated person.

After a life that would have been enough for three, with an education for a dozen incl. 1-2-3 professors, after Greta's speech in Katowice in December 2018 I decided to put down the excerpt of my education and knowledge before my death, with the help of my professional skills as a system architect, in the form of a complete community system design, the Ethicracy.

And I have decided to give the rest of my life (if necessary, by public self-immolation) to ensure that this system is installed in due time so that humanity is given the chance at the last second to be able to begin to try to actually save the climates, hand in hand.

This since 50 millions of years unique catastrophe commands it.

The alternative is horrible already in 15-20 years.